A yacht charter in the Eastern Mediterranean is a unique experience.

The Adriatic Sea is famous for its crystal clear waters and spectacular low-lying Dalmatian Islands situated along the rugged coast of Croatia. You can begin your yacht charter in the Italian city of Venice, crossing the Adriatic and working your way south, or start in historic Dubrovnik in southern Croatia and head north. As one of the least traversed countries in Europe, a yacht charter in Croatia is the ultimate way to experience the Mediterranean as it once was.

You can explore historic buildings, churches and alleyways or climb fairy-like fortresses and castles, many of which are included on the UNESCO World Heritage Site List. The more metropolitan coastal towns bustle with cafes and restaurants, boutique shopping and chic nightlife. In many places a trip ashore can become a journey down a staircase thousands of years old.

Greece boasts over 6,000 picturesque islands, making for idyllic cruising throughout the Adriatic and Ionian Seas. Many of the islands have less than 100 residents, and goats, sheep and donkeys roam free. You can visit a village taverna and join the locals for a glass of ouzo or enjoy a meal of local fresh-caught octopus. For a change of pace you can visit Mykonos, Santorini or a handful of other Greek islands where life moves much quicker with trendy nightclubs, fine dining and the best in international boutique shopping.

Turkey, with its diverse mix of ancient Middle Eastern influences, has a culture all its own. Cruise along the southern coast, stopping to snorkel amongst ancient shipwrecks or to trek through spectacular archaeological sites. Visit the local bazaars featuring hand-woven carpets and fresh herbs and spices. In Istanbul touch the heart of the Turkish Empire with a visit to the fascinating Topkapi Palace, the primary residence of the Ottoman Sultans for more than 400 years.

A yacht charter in the Eastern Mediterranean is a unique experience where Western, Eastern, Central and Southern European personalities meet, intertwine and complement each other, creating a vibrant culture all its own.

Upon boarding in Athens, unpack and relax as you cruise to the picturesque island of Kea. Explore remains of the ancient town walls and the former sanctuary of Apollo. In Kea Town, discover the famous archaic statue of the Lion of Kea, which, according to Greek mythology, drove away the ferocious nymphs who once inhabited the island. There are several beautiful beaches to also visit before cruising to the western side of the island to the port of Korissia, widely considered one of the safest natural harbors in the Mediterranean.

Confident in beauty and finesse, Siros will easily seduce and lure you to its unique rhythm. As the cultural and administrative capital of the Cyclades island group, the main town of Ermoupolis is home to several of Greece’s wealthiest shipping magnates. In the evening, enjoy a traditional mezze meal prepared by your yacht chef, and revel in your first taste of life in the Greek islands.

The most popular island in the Cyclades, Mykonos is famous for its international jet-set crowd and celebratory atmosphere, traditional Greek culture, gourmet fine dining, international boutique shopping, golden sand beaches and spectacular cliffs. Mykonos has something to offer every member of your charter party.

With three picturesque bays and ideal weather conditions for windsurfing, Paros is one of the most popular destinations for outdoor enthusiasts. Known for its fine white marble, today several abandoned quarries can still be found on the island. In nearby Antiparos, walk amongst beautiful orange and pomegranate trees as you discover the beautiful three-aisled basilica built by emperor Constantine in the 4th century AD.

Just a short cruise to the southeast, Koufonisia is comprised of two small islands separated by a narrow 200 meter straight. The upper island is more populated and has several cafes and tavernas offering fresh-caught fish and shops featuring local artwork. In the afternoon, explore by tender the golden beaches and turquoise waters, discovering spectacular caves and rock formations sculpted by the sea.

A small island in the heart of the Cyclades, Ios is said to be the island of youth, where young people from all over the world meet and enjoy their summers. Ios is famous for its vivid nightlife with an uncountable number of bars, cafés, clubs and restaurants and for its beaches with crystal clear water. Slip into the Aegean Sea for a refreshing morning swim or paddleboard. In the afternoon, explore the domed Church of Ayia Irini before heading back to the yacht for a spectacular sunset dinner on the sundeck.

The mythical ancient island of Santorini offers some of the best wine in the world, both international and local cuisine and villages nestled on cliffs offering spectacular views of the island’s infamous caldera. Impressive beaches offer the sand of your choice: black, red or white. Hire a quad bike, a car or scooter and spend the day exploring Santorini from top to bottom. Discovering donkeys, the island’s resident seal and an amazing view of the sunset— it’s beautiful no matter where you are.

One of Greece’s best kept secrets, Folegrandos is an underwater paradise for scuba divers. Spend the morning exploring the Aegean Sea, utilizing the yacht’s scuba gear and impressive underwater toys. In the early afternoon, head to the luxurious Chora Resort for a relaxing spa treatment and endless pampering.

A volcanic island with spectacular geological rock formations, Milos boasts one of the most spectacular harbors in the Mediterranean, formed when the sea broke into the crater on its north-west side. Spend the afternoon kayaking the impressive multi-colored carved rocks and white yellow coast, as it is sure to please. Head into town for a delicious Greek dinner followed by an overnight cruise to Athens.

Back in Athens, disembark from your fantastic yacht charter vacation in the Cyclades. Next time check out one of the several other destinations Greece has to offer. From the island of Crete, Rhodes or cruising through the Corinth Canal, your opportunities are endless. We hope you had a magnificent time, and we can’t wait to see you again! 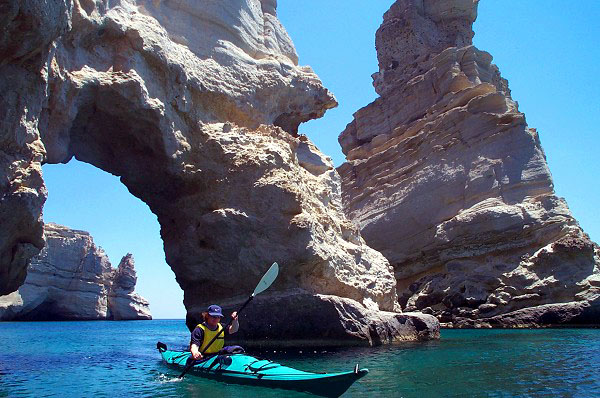 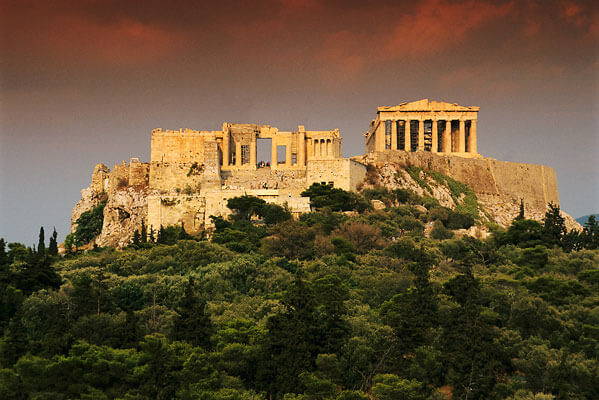 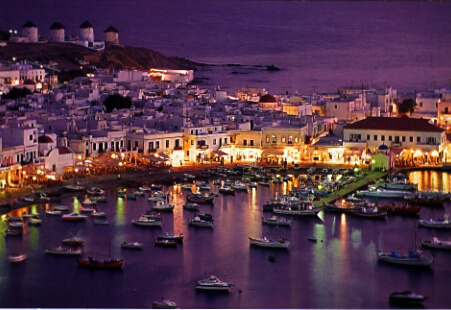 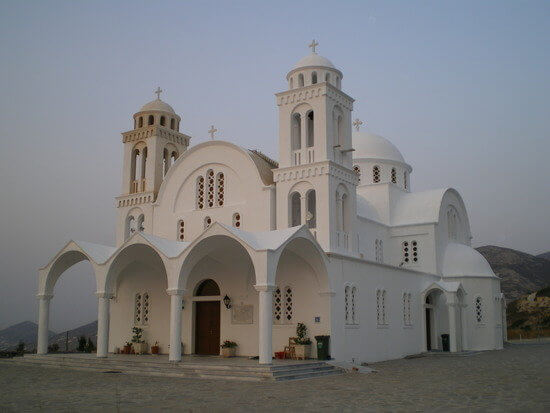